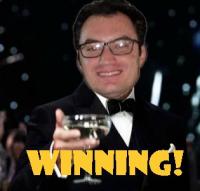 The new Russian Optic blocks too much vision and is not fun to use. You find yourself having to re allocate a target way too much and are unable to see where your bullets are even going because of how large the chevrons are on your screen.

Simply just revert to how it was previously.