Performance needs to be addressed 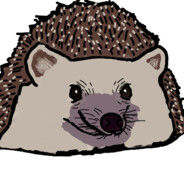 Before the shadows update ran the game pretty well with 75-60 frames after the shadow update dropped the frames pretty much lowered drastically to 60-50. now after the USMC release it went even more lower than before no matter which map.

Cpu utilization is a meme and should be improved. enable multithreading to the core and allow systems with multiple cpus to perform better.

you keep adding and adding without thinking about the broad consequences. i've heard systems with higher tier specs than mine have even lower performance. the reseting of cache emptying directx shaders wont anymore work with the game.