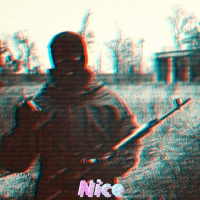 Hello everyone, I have been noticing recently the amount of times I have been playing the same nations over and over again. I have nothing against any nation, and I know each player prefers one over another, but as time goes on, it gets boring for me, and I am starting to hate 2 big nations, those 2 are USA and Russia. I am aware that server can switch and change maps as they please, and some also do voting in game. I am aware that some maps are more popular then other, which is often why I like to think USA and Russia are so popular. But along with that, a lot of the map game modes themselves have little diversity between them. An example would be Narva, with 12 out of the 13 game modes always including Russia. Of course other maps have their fair share of nations, but my reason here is that some of the least played nations (Insurgents, Irregular Militia) are played on some specific maps, compared to USA and Russia which are in NEARLY all of the maps in game. My question here is if America and Russia are just generally liked more then others, or is it the diversity in some maps that keep them so popular?

I also did a quick calculation on the server browser, and counted over 30 servers, choosing servers that are 40 players and over (to prevent seeding servers) , and found that of all the nations fighting in them, 23 were Russia, 15 United States, 11 Canadian, 4 British Army, 4 Insurgents, 3 Middle Eastern Alliance, 1 Irregular Militia. These stats can obviously change and some nations can be more popular then other, but often times this is (mostly) the result. I also took a screenshot, but I am unable to post it.