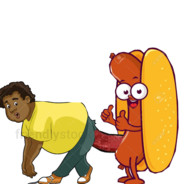 All I'm saying, Syria.... Syria is still a big problem in current war and would be dope to play Insurg's Syrian mili or US with them.

Africa/Somalia, US still is there but doesn't fight but Somali insurgents and African mili fight like crazy and would have some cool concepts.

Armenian wars. We got Russia, put the real deal conflict in please!

I must say no more, these three areas/maps/factions would have some awesome battles that aren't viewed much or talked about much.