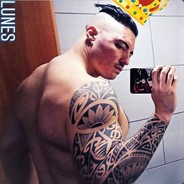 Hello! I introduce myself:

I am Carlos. I have more than 20 years of experience in FPS at the competition level.

I have been playing and testing all the Squad mechanics for about 8 months now. I come to propose types of improvements to try to make the players' experience more immersive.

- It should be noted that the game has many good concepts at the level of dynamic insertion, giving the player a military experience that has never been achieved before.

- Unfortunately, the game does not have any kind of progression. This when it comes to valuing a game is vital, since being something so immersive, they should be able to have some kind of progress so that players are motivated to achieve certain goals. Currently the game, even being one of the best simulation games, does not stand out. But it stands out not because of its gameplay, but because of its lack of personal goals at the account level.

- A game whose objective is to conquer, work as a team, etc.. must have a progression so that the player feels benefited from a certain task, and that can give him many hours of play, since otherwise, it becomes a game without objectives and recurring, in which it is more likely that people play 20h and get a bit bored.

- Another strong point to highlight from my point of view would be a MatchMaking with scores, with a slight progression in which it leads the players to play in a more realistic way and that they really fight for victory and not in such a passive way .

I hope you understand what I want to expose since my language is not English.