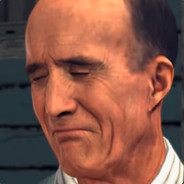 While i agree that adding gunships like apaches or havocs is probably a bad idea, i think in the current meta lightly armored scout helicopters could fit really well into the game in its current state.

The current utility helicopters are already fairly easy to take down if you have got the weaponry for it, and these scout helicopters would be even more vulnerable.

The scout helicopters would have the following rather modest loadouts:

These helicopters would be agile but not fast, pack a punch but have little ammo, and be dangerous but also very vulnerable.

Keep in mind that the rockets i described are HE and hence only really suited to anti personnel roles, although they could damage lighter vehicles or destroy tank tracks.

In my opinion the aviation branch in squad deserves to have a bigger scope, and while i agree that player controlled jets and gunships like other more dedicated attack heli's don't fit in well into the current game i think we should be able to implement at least some offensive Arial capability that would compliment the current transport helicopters.

Maybe adding MANPADS and flares for helicopters could help balance things out some more too. It would add to the aviation depth in this game.

Let me know what you think!