Both USMC helicopters getting stuck on carrier for whole game. 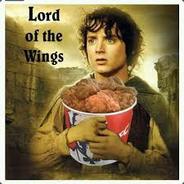 I have had two USMC amphi invasion rounds ruined when a pilot accidentally lands a bit too close to the other helicopter on the carrier. This results in the the rotors of either helicopter being destroyed whenever they try to take-off. Usually when a heli is stuck, you have to ask a nearby vehicle to nudge you away from the offending object. This elaborate dance is usually annoying but on the deck of the carrier it's practically impossible to convince a LAV to leave the battle and to try to shimmy up the internal ramp of the carrier just to nudge your team's rotorless helicopter 3 feet away from the other chopper. To add insult to injury you can't just wait for the helicopter to blow up because the pilots tend to land on the helipad and that keeps it (not so helpfully) topped up with HP. And you can't ask a HAT or Combat engi to blow it up cuz it's main. So you now have no helicopters. None. A lite version of this problem happens when the chopper pilot lands to close to the carrier's "island" (the tower thing) and then you just loose one heli FOR THE REST OF THE GAME. The helis are a powerful logistical asset especially late in an invasion layer yata.. yata... needless to say, the gameS when this happened to me, immediately and frustratingly went downhill from there. I propose adding a nudge mechanic. Similar to the flip mechanic but it applies a force to push your vehicle 1 meter away from you. Or it can nudge it in whichever direction relative to the vehicle (forwards, back.. etc). Whatever is easier to code. The RHIB, if beached, is also completely helpless without vehicles to push it back into its natural habitat, so I think this will be a very timely feature as almost like a bug fix for the marines. This will also be a much appreciated feature on ALL vehicles, because sometimes flipping them multiple times does not work either. (I'm not kidding they just stay high-centered in all orientations sometimes) Just to be clea, I'm not throwing shade on anyone's coding prowess, I'm just venting this common frustration I have with this game that I love. Hence the 1500+ hours in-game. Peace.