Ground Vehicles need to be reworked 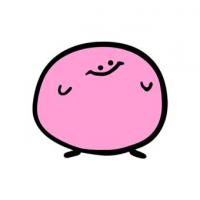 It's probably been said before, but the vehicles (vics) in Squad need to be reevaluated. It doesn't feel like any of the vehicles in the game actually grip the ground as they are moving; like they are driving on ice. I'll list out the exact problems I have across general types.

-The primary issue I have, as stated above, is vehicles don't feel like grip the surfaces and slide far more than they should be. This causes vehicles to spin out more often (Why can you wip a LAV-25 180° so aggressively like it's a drift car) or struggle to climb inclines at lower inclines (a long 15-20° incline shouldn't slow to a crawl)

-Tanks, IFVs, and other tracked vehicles are designed to be able to cross ditches and go over terrain that wheeled vehicles can't do as easily. I've gotten stuck in trenches when trying to cross them or driving in them in tracked vehicles and I don't feel this should be happening as often as it does.

-I would like to be able to turn in place with tracked vehicles (as far as I know, pretty much all of them should be able to turn on the spot). Having to go forward then turn in a shallow arc can be difficult in "close quarters" environments (urban, wooded or in compounds).

These are just my opinions. I'm not a vehicle expert but this is not an ultra-high realistic game (even then, games like Arma seem to do vehicles more justice) and would like to see some changes.