KEEP THE SQUAD TOGETHER 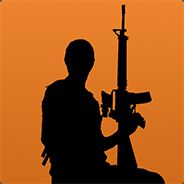 Since this game is all about the squad, I suggest to give the option to keep the squad together when going in the next game.

I have had such random moments in squad, with squad leaders leaving in the middle of the game, squad member not listening to the SL, running for way to long to figure out we don't have enough building points for a hab, etc ... and then suddenly I am in a squad where everything clicks and I start to feel what this game is all about: a good functioning squad!

But then 20 minutes later the match is done, and in the next one the players are randomized, and the squad is lost. It would be so nice to just stay in the same squad when the map changes, so you start to learn to work together for a longer team and build the experience with the whole squad.