So Mortars are wonderful.

I'm just saying that a logi truck full of ammo, towing an artillery piece that requires 5 people to operate. With a 6min emplacement and displacement time... Look, I think we all know that this is a super complex idea that would take ages to develop.. and it would be brilliant. 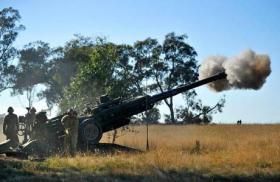