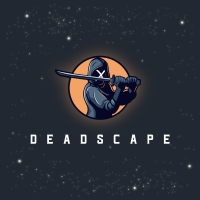 ACE Gaming is a new Community founded by two United State Army Infantryman (11Cs) as a clan around April 07, 2022, and have been growing since. Right now ACE Gaming is 8 Active Members with 7 Affiliate users in our discord that play with us. As a new Gaming Community we have a few Admins at 4, and looking to expand the community into a notable community that is known for our balanced rounds, intense fighting, but also known for teaching new players about the game, but also the style which we fight in. Our Server has 39 Layers with 16 Invasion, 7 AAS, 12 RAAS, 3 TC, and 1 Tank Layer allowing for differences in playstyle each round. We are not set on a rotation as our rotation is randomized to give for a different experience at all times.

The intent of the ACE Gaming Squad server is to allow more experience players to have a community in which they can trust no toxicity, fun times, but intense fighting on maps that test the skills of many of the players. We also wish to have many new players that want to get into the Squad and learn the skills of many veterans, our main goal is to not take players from others, but grow a new community that players can trust the Admins and have a voice. We look forward to suggestions as suggestions help keep the players engaged in the community, but also create a family environment as we at ACE are family.

From The ACE Gaming Community.