The Goblins are recruiting ! 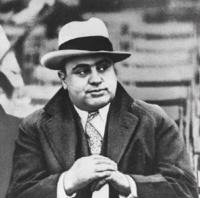 [GC] Known as Goblin Cave or Goblin Castle is a small group (not a clan) composed of around 15 lads that have been playing Squad since the early days. We're now composed of 30 people and we've played in countless tournaments and skirmishes. We don't enforce strict rules such as in-game activity nor we're classified as a milsim group. We solely enjoy playing a couple of squad rounds each night and that's about it.

We're currently recruiting more people that are willing to play competitively under the GC tags so if you never had the chance to play in a tournament or against other clans, this is what you've been hoping for !

We're running a public squad server called [GC] Goblin Castle [EU/ENG] so feel free to join and play with us.

You are also more than welcome to join our discord server at discord.io/goblincastle

Don't be a blueberry, be a GOBLIN !