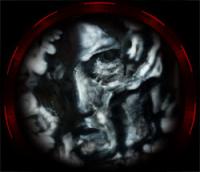 I've been Squad leading for 11 years, from PR to Squad. The biggest turn over I've seen from new players often comes from one of two things. The learning curve and the knowledge of just how deep the game can get.

I recommend we let players who are in very close proximity to SL's hear a low filtered staticky and muffled background audio of the LS "direct" and "Command" coms. We should help players have a better understanding as to what their SLs are doing, and give them a path to step up and lead.