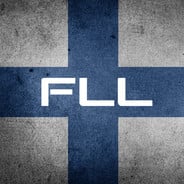 1. All kinds of insults towards individuals or groups are forbidden. This includes for example racism, sexual slurs and slander

2. Cheats and exploits are forbidden

3. We do not allow noob bashing ergo talking down on a player who is new or a beginner

4. Do not whine for nothing. This includes for example whining about maps, game, other players, life... leave the negativity out of the game and focus

5. We do not accept purposeful friendly firing of any kind. This includes for example revenge teamkilling or preventing a player from doing something

7. Do not accuse hackers in public. Contact game admins and tell them about your suspicions. Constant whining and false accusations will be removed from the server

8. Our server languages are English & Finnish. Command channel language is English however. Internal communication within squads can be anything if the whole squad has agreed to it

9. Leave off-topic banter (chat or voice) off the game. Our Discord is a wonderful place for this. When in-game, use the comms meant for in-game communication

11. Ghosting is forbidden. Ghosting is defined as helping your own team with a help of a friend on the opposing team or by swapping sides to reveal critical enemy locations in favor of your "original" team

12. Please adjust your microphone accordingly before/beginning of the game. We may even kick if your mic or voice is too disturbing

13. Advertising, recruiting and any form of link sharing is forbidden without permission. Written permission is granted by [fll.fi] Tuomainen

14. If you are banned from one of our servers, then ban will cover all of our game servers now and in the future

15. We do not give verbal warnings. We trust people to have common sense and follow the norms of the modern society. Kick = warning. Depending of the severity of the violation , we reserve to ban a player instantly. Actions that causes instaban are for example hacking, racism, deliberate spawn teamkilling and mass teamkilling

16. Nickname can not be only numbers or special characters

18. Unauthorized use of fll.fi or FLL tags or in any other way impersonating member/admin are forbidden. Tag is reserved for our members only.

1. Squad leaders must use a microphone.

2. Squad leaders must use a Squad Leader, Lead Crewman or a Lead Pilot Kit

3. No main base camping with vehicles or FOB emplacements

5. No locked 1 man squads, except logi and helicopter

6. Vehicles are claimed by whoever gets the claim on the vehicle first or by having the minimum amount of crew members waiting in main for a respawning vehicle.

➜ Write in team chat that you are waiting for a respawning vehicle to inform the admins.

7. All vehicle that require a crewman kit need to be 2-manned at all times, unless returning to base to pick up a respawning crew member.

8. Do not steal another squads vehicle, asset or emplaced weapon.

9. Do not waste assets intentionally.

10. Unarmed kit is not allowed

11. Apologize for all teamkills in ALL CHAT

12. Creating a squad without intending to lead it is not allowed

1. Seeding rules are active until an admin broadcasts that the server is live

2. Keep the fight in the middle point

3. No destroying of enemy HABs or FOBs

4. No intentional damaging of friendly assets or vehicles

5. No emplaced weapons in the middle point

6. Mortars are not allowed

7. Only logistic and other unarmed vehicles are allowed.

We provide non-toxic, fair and equal playground for all the players and we expect everyone, to hold our standards. If you feel admin abused, you can report it to Offworld Industries by emailing [email protected] with the following details: name of the server, any evidence such as video, pictures etc, date and time of the incident. Or alternatively/and you can fill out the following form https://forms.gle/R3D434WVuaY9obtT6.