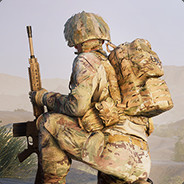 I know you're already working on the Aussies and Panasia and USMC and new features and such, but I'd love Sweden as a faction.

Sweden's natural enemy would be Russia, in Sweden, or maybe irregular or something, in UN situations. Sweden is just a bit different from the current factions and I think they'd fit in well! Thay have some vehicles that are already in the game, such as UH60 and Leopard (although modified). There are also some Swedish weapons already in the game, such as the Carl Gustav, AT4 , or the NLAW.

I think Sweden would be a great addition, because they are special in a way, while still fitting in really good. They also have lots of their own vehicles, which would be a dream to drive, such as the IFV cv90 and the APC Bandvagn 410. That one is worth looking into, in my opinion!

Thank you devs for the awesome game, and Merry Christmas I guess?