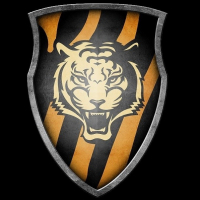 Tiger Platoon has a military structure and is run in a military fashion. Our members consist of serving and retired military personnel as well as civilians that are trained up from scratch to our standard.

Only a select few become part of this highly trained group, all personnel have throughout time been carefully handpicked from the public pool of players. And all candidates from the very beginning have gone through the same training. As a direct result of this we are a closely bonded tight knit group.

Here we put emphasis on the ability to follow orders without hesitation, respect for superiors and peers, loyalty, teamwork and still being able to think independently when the situation requires it, creating a bond of brotherhood.

We host a variety of for Squad servers:

You can find us at:

We also partnered up with the DADS community and play on their server on a regular basis and combine forces when needed for competitive play.(edited)