Helicopters are not meant to be invulnerable 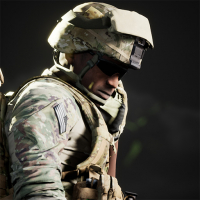 Playing Kohat as Russian, British Puma comes in and makes a nice over at about 30ft, and about 50m away from me. We're staring at each other, eye to eye.

I pull out my HEAT RPG, line up, and nail it straight into the cockpit.

Pilot pulls collective and starts flying away, I pull my FRAG and fire another round hitting the side (was aiming for the T/R).

I fly helicopters in real life for the USAF (UH-1N, they still exist).

If we took a RPG to the face, we'd be dead, no questions. If it hits the T/R, insert Blackhawk Down video. If it hits the engines, we're probably autorotating to the ground and it's a very bad day. If it hits anywhere else/airburst shrapnel damage (ala insurgents in Iraq at 300ft) it'd mess the helicopter up.

Please adjust the damage tables on Helos. This would help solve YOLOPilots just flying straight into a Hot LZ to dump supplies, if they know they're vulnerable to anywhere else besides just a T/R Hit or Small Arms fire constantly to the Engine.