New To Squad, But In Need Of Some Help!. 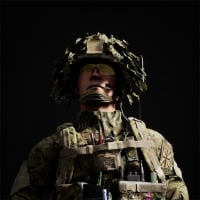 Hi Sirius Yostar here, or call me Siri for short!.

So, i got Squad several days ago, and have been liking it so far and have also got some pretty nice kills for someone new to the game as i am familiar with the gameplay and mechanics from the game battlefield 2 and its mod called Project Reality! which i enjoyed immensley!.

But i would like to ask for some perhaps "Beginner" tips or guide on how i can become better, as a Squad leader as i have done several games now where i've had to make my own squad due to everyone elses squads being full or "locked" so they can use tanks or helicopters etc...plus i have been seeing some games where anyone who joins my squad practically just flat-out disobeys my orders and does their own thing which sort of annoys me abit....is their any help that i can be given to someone who is new to squad so i can become better or any "British" themed clans i could join to perhaps get me into a more organised-teamwork based experience, i also have Arma 3 and understand the basics of squad teamwork and such so any help would be appreciated!