Vehicles currently a bit too weak, would benefit from a slight buff 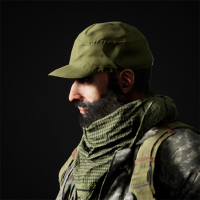 So I'll be the first to say that I actually enjoy Squad being predominantly infantry-based. I don't like firefights being decided by which vehicles in the fight are played better. I prefer most firefights to be infantry affairs.

At the moment vehicles are very vulnerable. The addition of tanks required the buffing of HATs and LATs. The compartmentalized damage system also has nerfed vehicles greatly.

LATs destroy engines, destroy tracks, and destroy guns too readily. HATs have too much range, and TOWs in a good spot absolutely wreck vehicles.

Especially the non-tanks have taken a big hit (pun intended). Nowadays we've gotten to a point where sometimes it's just not really even worth it to take the vehicles from main.

I think LATs should be slightly weaker and be much less likely to completely strip a vehicle from mobility. HATs should have a bit less range. With TOWs, well, to be perfectly honest, I kinda preferred it when they didn't exist, but I assume they're here to stay, so I guess they just should be doing slightly less damage. Keep them useful, but keep them a bit weaker.