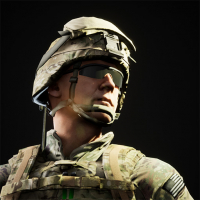 A Squad Leader has the ability to set Rally Points (RP). This allows fallen squad members to regroup in a safe area with the rest of their squad. To place a RP you need to press the secondary radio key (T) and select PLACE RALLY POINT.

The following conditions must be met for the RP to be placed successfully:

The rally point automatically disappears after 60 seconds unless:

A rally point rearms every 1 minute. Unless it has become overrun. In which case you need to wait 5 minutes.