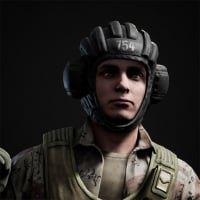 Recently I have been extremely annoyed by a very small feature for map markers. They disappear after a specific amount of time. I often play as a pilot and mark HABs and vehicles of the enemy team for the Infantry. In a Heli it’s not a good idea to be looking at the map nonstop while flying, so disappearing markers are nice, but to some extent.

Don’t get me wrong, I don’t think it is a bad feature, it just needs improvements. I think that markers disappearing should be specific to specific markers and layers.

For example emplacement markers like HABs or Radios should never disappear, the same goes for any emplacements. They are stationary and don’t move so unless a player destroys them they will stay in that spot. This means disappearing markers don’t make a lot of sense, since unless they are dug down by the enemy team, friendlies will usually remove those markers themselves. Usually when a HAB or a radio is taken down by friendlies they will communicate it on the command channel and remove the markers, even if it was by a single soldier. He will tell his SL that he destroyed a radio or a HAB, and then that SL will pass it onto the command channel. This means that if there is a reason for that marker to be removed it will be by players.

This doesn’t apply to markers like vehicle markers or infantry markers. However they could use some fine tuning. Infantry is usually moving a lot and as a Squad leader you constantly put down quick markers on enemy contacts when you’re in combat. This means that while you’re engaging contacts, older markers will disappear because of the marker limit per player. This is good but may cause problems. As the oldest markers will disappear and not specifically the oldest “Helmet” markers. This can cause important markers like HAB markers to disappear. It would be nice if there were marker limits for specific markers and going over that limit would remove the oldest marker of that type, not the oldest marker overall of yours.

The same goes for vehicles and especially wheeled vehicles, as they often stay on the move and squad leaders try to keep updated markers on them. This may cause confusion, since there will be a lot of fresh markers not so far from each other. My solution to this is a little complicated. I think that if per player there was a dynamic limit for the amount of markers of a certain vehicle type, dependent on the amount of that vehicle type on the map layer, it would help drastically, as when a specific squad leader dedicates himself to keeping an updated marker on a specific vehicle it would cause other older markers of his to disappear. I think that wheeled vehicle markers should disappear faster, while tracked vehicle markers should stay as they are with disappearing timers. This only applies to armed vehicles. Logi markers should also take a while to disappear

It would be nice if tracked vehicles like tanks or ifvs that can be available one per team had a limit of one marker on the map per whole team and older markers would instantly become a little see through like the disappearing markers currently in-game. This would prevent multiple tank markers on a layer where there is only one.

Another thing is build markers, especially build fob markers. They are extremely useful and often put down at the start of the game. But with fob radius turned on they can be also extremely annoying later on. Squad leaders often do not remove those yellow markers after they put down a fob, and this is understandable, it can be easy to forget and annoying. However this doesn’t mean they should stay on the map forever like they do. (btw why would build markers stay for the whole game while enemy fob markers don’t 😠)  I have an interesting solution to this that would get rid of the whole problem overall. When a radio is placed within the 300m radius of a build fob marker, the build fob marker starts disappearing. Yes, disappearing, not instantly gets removed. This is because build fob markers are often used on enemy habs to make looking for the radio easier.

To conclude, changes to markers I propose:

·        HAB, FOB and Emplacement markers will no longer disappear

·        Tracked vehicles that are limited to one per team, will have a hard limit of one marker in full colour on the map, and cause all older markers to start slowly disappearing

·        Build fob markers, will start disappearing if a radio is placed within the markers radius

I hope that this can be taken under consideration, as I think it will be a huge quality of life improvement for squad leaders in game.