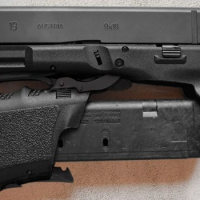 It would be fun if there was a night only version of insurgency maps.

The Blufor would have access to night vision gear while the insurgents only have flashlights, flares, and zippos.

It would create interesting gameplay where insurgents can manipulate light sources to bait out blufor into disadvantage areas for ambush, traps, misdirection.

It would also encourage blufor to seek out light sources and neutralize them along with destroying caches, using IR strobes to mark locations.

Insurgents can whistle to cause noise.

Insurgents can turn on music stereo systems to drown out footsteps.

Generators to building for wired lights that can be disabled, destroyed, enabled, repaired

Winter environment that has a temperature system, soldiers can die from prolonged exposure to cold.

Use of campfires refill warmth in player's temperature system giving them more time.