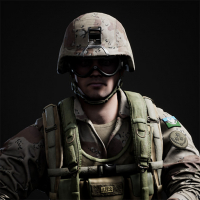 About the marines when they will be in the game are they gonna get the M1A1 Abrams I heard that the marines are getting both M27 IAR and M16A4 from 2003s equipment and 2021s equipment and they are getting javelin rockets so will it make it balanced if this faction gets their tanks to make a fair fight against a other faction tank?