Is China using Squad to train parts of their real army? 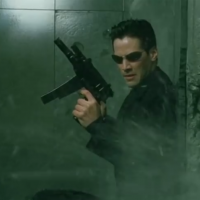 Dani3l Germany/NetherlandsMember Posts: 62 ★★
May 2021 in General

See this screenshot. More and more chinese Squad-"players" are appearing... imagine them all playing mainly one specific Squad-map and that then to be a hint on which country they're preparing to deploy troops to (for UN Peacekeeping operations for example)

your thoughts on this development?