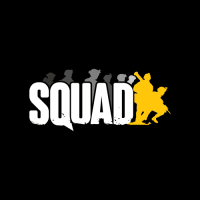 OWI_Pixie United KingdomMember Posts: 33 Dev
May 2021 edited May 2021 in Announcements

Quick Update on the current status. Firstly, thank you for your patience, we know the Logistics Supply UI bug has been very frustrating for you, as it has been for us. These past few weeks have had our dev team deep dive into intensive debugging and many dead ends trying to find a resolution.

After the release of our v2.4.1 hotfix, we got new and frequent reports of players not being able to see the construction supplies in their vehicle. This affects Logistic Trucks and Helicopters alike. When this bug occurs, players are not able to load or unload construction supplies. This is happening on players’ “client side”, but often still happens to several players at once. While this bug is happening more frequently since v2.4.1, it is directly connected to the "Vehicle Passenger Seat sent back to spawn screen" bug and the "Vehicles missing turrets" bug. This bug usually happens to players upon round start and severely impacts gameplay due to it removing a player's ability to unload supplies from a Logistics Truck, often to the detriment of the squad / team at a critical moment.

We now have a promising fix attempt built and tested internally. From our testing, it seems to either resolve or at least significantly reduce this issue occurring. However, we are asking for your help to validate these results on full servers as well.

For those that can make the time, we would appreciate any and all players to join us on the Squad - Public Testing app to help us test the fix. We want to have as many players as possible playing with this build to more concretely determine whether it’s fully fixed, or still needs some more work.

Join us tomorrow on Saturday 8th May 18.00 UTC and Sunday 9th May at 18.00 UTC to playtest on our “OWI Playtest” servers. These servers will appear in the Custom server browser on the Squad - Public Testing app.

Additionally, other interesting things that are also included in this build are the Recovery State (aka “Dead Dead”) and new Double Tap Control Support, plus many other bug fixes and gameplay tweaks. A full list of changes will be posted once the update goes to the live public branch, as usual.

Thank you again for your patience and for helping us crush this issue, onwards and upwards!