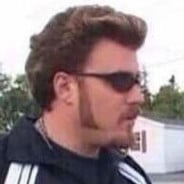 I am on Linux and not sure if this happens to Windows users, but I thought I'd post it here. Maybe it's a known issue or maybe someone knows a workaround.

The issue: A round ends (my team wins or loses), I see the scoreboard and everything is fine up until this point. Then the next map loads and on the screen where I can chose a team (US, RUS, etc) I get 4 or less FPS. This happens 9 out of 10 times.

It appears as if my video card runs out of memory after a round ends. It seems that the video data of the previous round is not being removed from GPU memory and as the next map loads into memory there is not enough video memory left and my frame rate drops from 60-100ish FPS to 2-4 FPS.

Sometimes it helps to use the console command HighResShot (and a random number between 1-4) a few times, but often enough it does nothing and the only option is to exit the game and start over. This is bad as I lose my spot on the server and have to abandon my squad. I don't SL much because of this reason.

- Which layer this occurred on, and which faction: This occurs on all layers randomly after the round ends. Last time it happened today on 5/4/21. I played on Narva RAAS v1, then the round ended and the next map was CAF GooseBay AAs v1. It was on [EGC] Elite Gaming Corp || New Players Welcome server. But I am sure that the server is not the reason for this issue.

- Whether others were seeing/experiencing the same: It seems that other Linux users experience the same issue:

- If known, which steps can be taken to reproduce the issue: Play until the round ends, then it could happen once the next map loads. And play on Linux I guess, since I don't know if this is an issue with Windows too.

- Game settings: all gfx settings are on low, shadows disabled as much as possible, no AA, 1440p resolution, uncapping memory does not make a difference

Happy to provide a UE4 Crash Log or whatever else could help to make the investigation easier.