Monetization is the wrong way, and you know it. 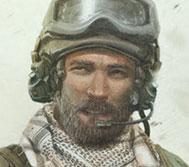 Monetization is the wrong way, and you know it.

The introduction of monetization in a game like "Squad" could lead to players becoming addicted to the game and to the process of spending money on in-game purchases. This could lead to financial problems for the players, as they may find themselves spending more money than they can afford on the game.

Additionally, the game could be re-designed in such a way that it becomes almost impossible to progress without spending money on in-game purchases cause of that weapon skin that makes you harder to spot.

This could lead to players who are willing to spend money an unfair advantage over those who are not. Making squad less enjoyable experience for players who cannot or do not want to spend money, as they may constantly be at a disadvantage when playing against others who have purchased in-game items or perks.

...until you realise everyone wants to play riflemen because the devs are selling Ghillie Suits dlc making you almost invisible on the large maps, that's just one example.

It could lead to players feeling compelled to spend more and more money in order to keep up with others and to have a chance of winning. leading to addiction, and this could have a negative impact on their mental and physical well-being. This could lead to problems such as depression, anxiety, and sleep disorders.

Monetization in squad could be implemented in a way that it becomes essential to progress in the game, and players who don't purchase these items will find themselves unable to compete with others, this could lead to frustration, disappointment and ultimately make the game less enjoyable.

Second, monetization can change the balance of the game. If certain items or perks can only be obtained through in-game purchases, it can make the game less enjoyable for everyone as it can disrupt the balance and fairness of the game.

Many players may be unhappy that the game was marketed as a "not for profit" game that would rely on community funding and support "kickstarter", and adding monetization would be seen as breaking that promise.

The company could use the data collected from the players to target them with ads and other manipulative tactics to get them to spend more money. This could lead to a violation of player privacy and trust, and it could turn many players away from the game. The company could also use the data to influence players' behavior or to manipulate them into making certain choices.

Overall, monetization can have a negative impact on the overall player experience and can be seen as a betrayal of trust from the developers to the community. Many players would prefer that the game is supported through community funding and support, rather than through in-game purchases.

Another reason for the backlash many players feel that the game's developers are not listening to their concerns and that the introduction of monetization is a sign of the developers prioritizing profits over the player experience.