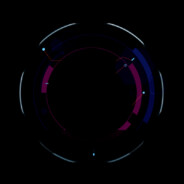 These stats is 1. unrealistic; 2. reduce the asymmetrical  dynamics between factions; 3. lack of unique flavor.

This is a bullpup DMR with a very long barrel and 5.8x42mm ammo. The ammo is the heavier version of the regular 5.8mm, but it still doesn't make sense it has the same damage and ballistics as SVD.

Note: making the QBU88 similar to M38 DMR, but with higher damage/lower recoil to compensate for a 10-round magazine.

This is a 5.8mm GPMG. a very unique small caliber for a medium machine gun. It doesn't make sense it shares the same damage model as M240/Mag58 etc.

Note: This new damage model is very similar to Militia Minimi. But Militia Minimi has very bad accuracy, and this new QJY88 is an improvement over it. Given it's a rare machine gunner kit, it makes sense for balance as well.

This is a 5.8x21mm military pistol with high-velocity ammo. However, in-game, it uses police version 9mm ammo.

My suggestions: Reduce damage by 1 or 2, so it has lower damage than other pistols. Increase muzzle velocity to 480m/s. Increase ammo capacity to 20.

There are another bug related to the new faction HMG:

In real life. Pulling the charging handle will also cause the belt to push open the dust cover, see video below.

The 360-degree tripod for QJZ89 is interesting, but without the scope, it rarely make any sense to build it, and I have never seen anyone building it on the FOB since 4.0

My suggestions: Reduce ammo count to 75. Reduce rate of fire to 600. Add the optical scope from Bunker variant.