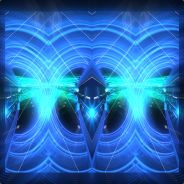 When switching kits at any place with limited ammo (anywhere but main) you only take the differencec in ammo cost or even refund part of it if the kit switched to takes less ammo overall.

When switching kits while dead and then respawn you spawn with the minimum loadout (2mags, 1banage etc.)

The above mechanic is neither intuitive nor properly explained, i wouldn't expect someone who is new fairly new to know of this)

A lot of ammo from Forward Bases is drained by people switching kits when dead and then taking it from the ammocrate upon respawn. In most cases way above 100 ammo points.

Upon respawn at a Forward Base with the minimum kit after switching it refund the ammo from last kit into the ammo stock as if that person spawned with the last kit and switched at an ammo crate.

The issue can obviously be mitigated by better logistics but it is definitely not intented that way, especially since if you know of the mechanic you wouldnt have the issue in the first place

I could make up some examples how huge a difference that would be but you can always argue probabilities. My gut feeling is that every 5-10th person spawning would take 75-100 less ammo to rearm