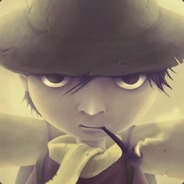 Squad has very big maps, and it feels empty with 50vs50 right now. by increasing the numbers to a 100vs100 would make the game more fun, on the other side it would make command structure more chaotic.

To be honest i do think most play Squad for the realism, and if we increased the numbers to a 100vs100 or more, would make it more accurate to war inn general, being chaotic, stressful, but also fun since we are behind a computer screen and not having to worry about morally wrong things, because it isn't real.

I have heard a lot of people saying the game wouldn't be able to handle 100vs100 servers, but we already have some games that do. Battlefield 2042 already has a 128vs128 servers, and Battlefield inn general has had 64vs64 since day 1. i see no reason why Squad couldn't.

This is just a suggestion that i have heard others talk about as well, and i want to hear your thoughts.