Simulation and usefulness of MIL (and TMR) reticles I'm not sure if anyone has brought this up, but the MIL readings of scopes and binoculars are not correct. Take the binocular and M110 TMR reticle for example, a man at a range of 330m with a height of 1.7m should read around 5.15MILs in the scope, but in Squad this is not the case. It looks like the scope magnification is way lower than its real-life counterpart, so that the MIL readings does not match the magnification. This would render the ranging formula useless. 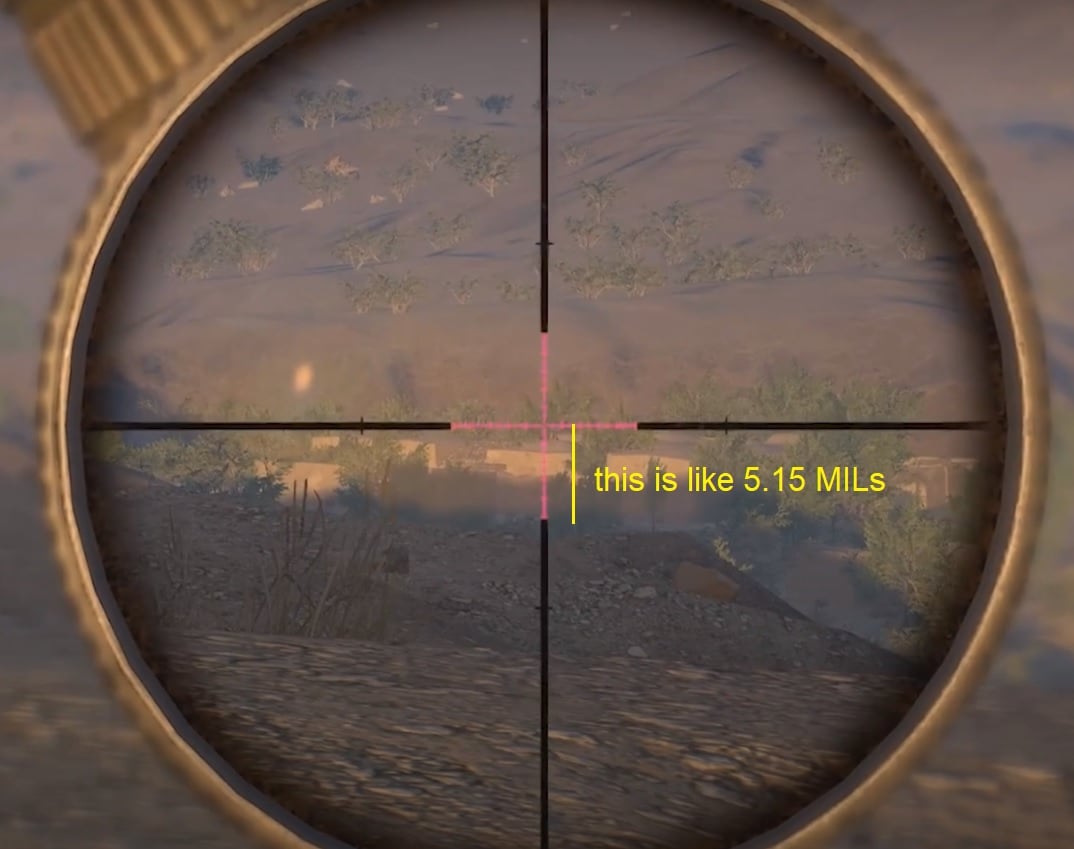 BTW do we have evidence that the binocular in question ever used a PSO-1 alike stadiametric rangefinder?