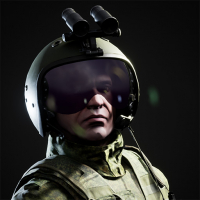 Should utilise the new water system more than it is being done. Bridges are strategic structures that should be important, but when rivers and other waterways are only knee or waist-high the reason to even use bridges disappears.

More maps should have deeper bodies of water that prevent vehicles and soldiers from passing or at least slowing them down heavily. This would make bridges "secondary" objectives that one would have to fight over in order to advance.

Boats are a good addition to the game but more factions should get them in one form or another.

POIs have been mentioned several times and maps like Yeho and Goro have received some new interesting places (however, you are rarely around these places) but more are needed. Most maps are basically copies of villages scattered around the map. Larger more complex areas that you actually fight around and in would be interesting to see, especially with multiple floors (preferably up and not down below ground)