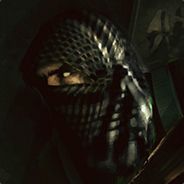 I yelled at ALL chat for admins so it is wrong name and even figured the apropriate similar example - ngigaz.

I several times noticed that one guy on that server was naming himself as leader of ISIS, and moreover, I saw him with friends named themself as other ISIS activists.

That it is not how you allowed to ropleplay. And it is definitely not OK to moderate servers like this.

I hope you may do something to this.

At least, I would hear from you official position on that subject