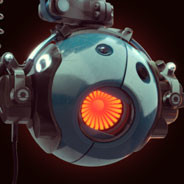 Anyone else think it would be nice to see NVDs for both infantry and armor? Insurgents could have mixed NVDs, so one person might have an orange mono lens, or a green bifocal. As far as armor goes, Thermals in tanks would be a cool edition, especially on maps with lower visibility. MBTs are guaranteed to have both NVDs and thermals, while some vehicles might only have NVDs, similar to their real life counterparts. Auto range adjustment for tanks after using the rangefinder would also be a welcome addition. Maybe dedicate a key to press to use auto adjustment, kind of like the stabilizer? I'd like to see what other people think. I am aware that it may make facing tanks even more of a pain in the butt.