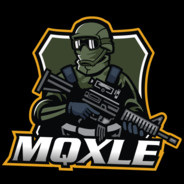 Though some helicopters have rocket pods in reallife and it might be realistic this way, it's unecessary and annoying because it will end in a stupid way of gameplay with people flying around the map and destroy a single outpost and so on...

What I'd like to see are helicopters with door gunners instead of the rocket pods like we already have. It would be a better gameplay mechanic, especially because you need multiple Squad members and it won't be brainless spam of rockets. So reduce the penetration of the minigun, add fragmentation damage and for a Russian variants use the Kord MG, which might have higher penetration instead of damage output. Suggestion: minigun should be able to destroy unarmored vehicles like normal trucks or a Tigr, but not closed vehicles like MTLB, BMP, BTR or RWS Tigr. Kord is able to penetrate an RWS MRAP and maybe a APC.

So the weapons are not the same with different gameplay.

I suggest to add high ticket cost of helicopters with weapons installed, less or no amount of logisticpoints, high respawn time so players are still careful and if a nation doesn't have the ability to use such helicopters, don't give them such helicopters and balance the nation with a different gameplay tweak.