Re: Emotes and Future Monetization In Squad

But they haven't fulfilled their kickstarter promises. Until they deliver the product promised, they should not be asking for more money.

Re: Basic Engineer Guide - For anyone that wants to blow up some stuff!

True! You can put a mine down and not bury it and it can still explode. But it will be sticking out like a sore thumb, easy to spot from long range.

From experience, the only time you would not dig down your mine is when you want to use it to trick enemy vehicles. For example, you put a few mines down without burying them. The enemy vehicles will most likely spot them and then decide to take a different road. This also works btw with the insurgence placable rocks as most players think there will a mine underneath the rocks even if there is nothing there. @Winters_Sin can you send me the links on discord

Please use the following template to report bugs found during the playtest:

I really like this layout. The new layer offers variety with the darkness and capture points. But there are some points which needs to be fixed:

I think you already know about the flying grass and bushes on this map. There are many points to get fixed. There also is much grass under the map to get deleted.I don't know if there is any impact to the performance with rendering grass you can't see.

Also camonets are terrible for gameplay unless they only become "transparent" when you're close enough to expose the arms/gun out of it. They also shouldn't be on MG bunker and such, because those would rip the camonet when fired in real life (which doesn't happen in game).

They should also only appear as an extra final stage of deployable construction(the last 1% hp), so a few frag rounds(or an AT rocket) will knock them off deployables instantly. Make these available for MIL/INS only since they don't have MG bunker(and generally have weaker deployables, their HABs literally have less hp than conventional forces').

AUG in fullauto videos sound like they're no faster than AK when fired. (definitely not like the in-game m4-like sound)

They should get copy/paste L85 stats(which are already the lowest recoil and highest damaging small caliber standard rifles) including rate of fire. 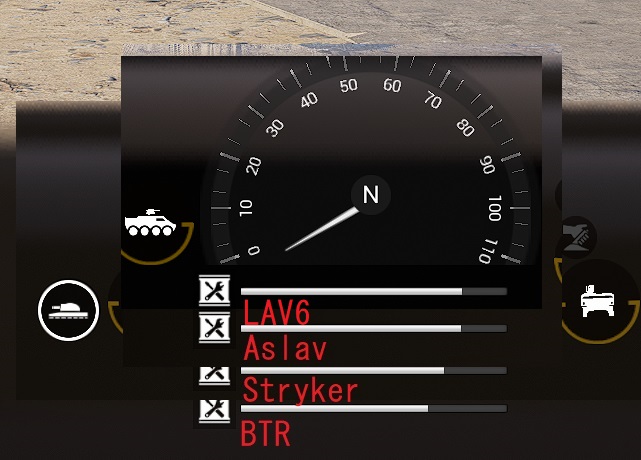 The problem here is that not only does it have infantry laser rifles(more controllable than AK-74, far higher rate of fire, probably better damage/accuracy/velocity too considering the fact that L85 used its scope not too long ago, meaning they likely have identical velocity).

First things first, AUG does not sound nearly as fast as they do in-game:

But also the fact that they have some of best vehicles: only thing worse on M1A1 than M1A2 is lack of laser rangefinder on commander position, which T-72B3 does not have anyway; it still has the fastest speed and reload, alongside far less accessible ammorack from front.

On all layers I've seen, ASLAV is matched up against same number BTR-82A with no BMP-2 at all, while ASLAV has apparently the same hp as LAV6(which is only "balanced" when it's 2 LAV6 vs. 3 BTR-82A, but not really because 3 BTR-82A requires way more coordination and have easily-broken turret to exploit).

Despite the fact that it's no more armored than BTR in real life and actually has a similar/smaller hull volume(zero reason for it to have lots of hp).

Testing done offline but the only variable is the vehicle hp; used 5 BTR-82A AP round against each vehicle, recorded the amount of hp left/lost.

This problem seems have been there since the previous test YEARS ago.

"Three AP rounds" (AP round from tanks do 800 damage to these vehicles, surviving 2 AP rounds means it's usually above 1600 max health)

Solution: nerf ASLAV health to 1000, same as BTR(since it's comparable in size, if not even smaller, and is not better armored), it can still compete against BTR-82A due to the higher per-shot damage interaction with current module damage system(can destroy turret/other components faster); because 1250hp would mean it has advantage over BTR-82A in every way.

There is also the fact that M1A1 commander machinegun in real life has no stabilization.

It does not even have electric elevation drive. (so it should be like MEA T-62's loader remote MG)

* The MRH-90 helicopter is absolutely beautiful! The higher-res textures are amazing. The retracting landing gear is a lovely touch.

* The dirty windows on the MRH-90 are ,.. odd. It already has the most obstructed pilot view of all helis and the window dirt makes this even worse, especially on darker maps. Is this an attempt to discourage heli scouting? Will you introduce window dirt in all helis? All vehicles? I'm not a fan.

* The "digital analog" instruments on the MRH-90 with no value readouts make it much harder to see when you are inside the 6 knot/25m limits for unloading cargo. This may be realistic in terms of the glass cockpit of the real helicopter, but makes this heli stand out from the others in terms of gameplay.

* The MRH-90 model contains an exploit: You can enter the cargo bay from the outside and hide there, even as enemy. You are practically invisible from the outside. The hull makes you bullet proof. If you are inside cap range, you cap. You can't shoot or heal yourself but you can repair the helicopter: 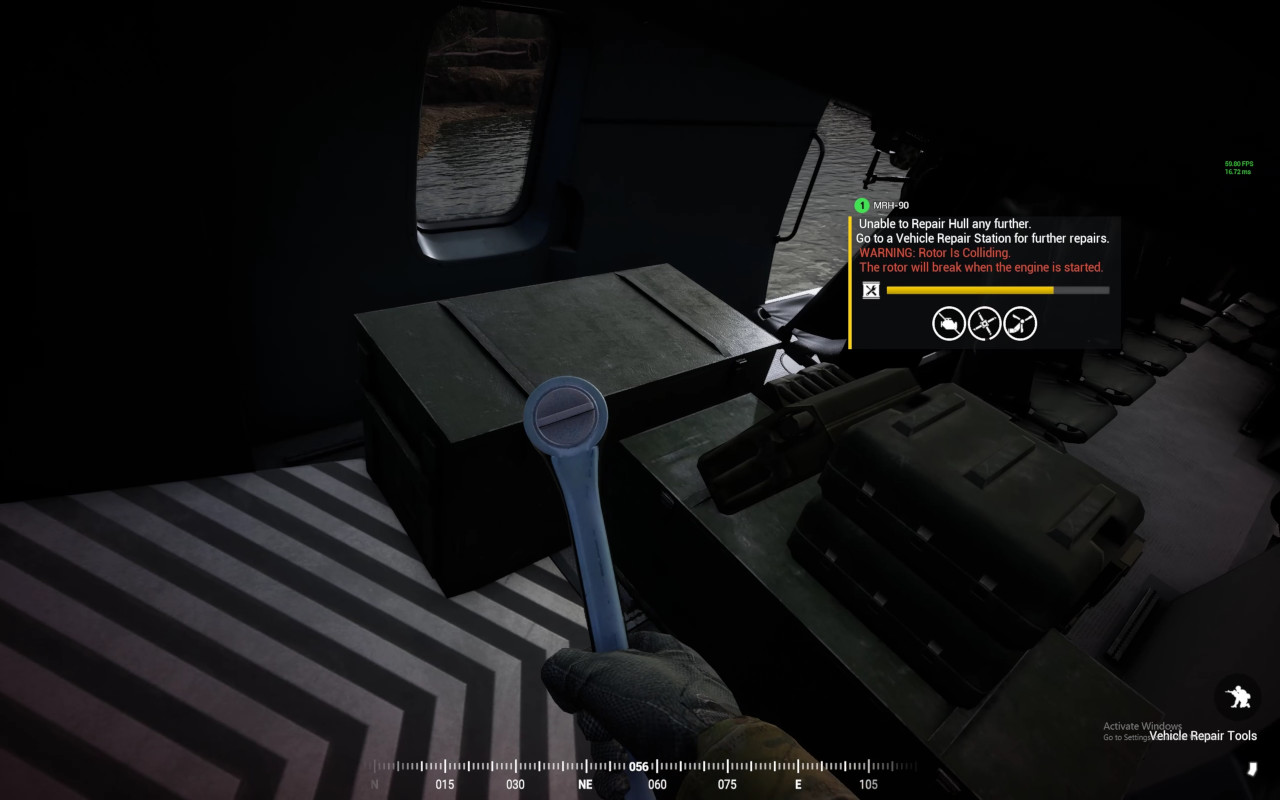 Now AUS version of this layer keeps MEA vehicles the same, but AUS get 2 LAVs which both have the speed & agility of an Stryker and also having the autocannon firepower of a Bradley. MEA is completely outgunned since the BMP-1 struggles heavily in the city streets with very short ranges and it having an arming distance on all of its armaments apart from the coaxial MG. Simir Kornet is not much better since the gunner & driver are very exposed and will most likely die before getting anywhere close to their targets.

As a change, for RAAS v1 and the new RAAS v4, change the Simir Kornet for a BMP-2. This would put MEA on an at least roughly even field against both factions(US and AUS) with a proper IFV while removing the Simir Kornet, which only purpose is to pretty much main camp more often than not.

There are already other layers, such as Mutaha RAAS v1, where US gets a Bradley + Stryker vs BMP-1 + BMP-2(also MEA gets a MTLB with KPVT+Rockets on this layer).