I don't think that the commander should be removed from the field. That's too gamey for what should be platoon level leadership. Instead, make the command squad a 4-5 man squad that is geared towards a supporting role. Just enough players to perform logistics tasks, building fobs, running supplies but not enough to really be doing the fighting. That way, the commander can focus on actually commanding but not just be a guy staring at the deployment screen all game.

I'd even role lock the command squad. Only give them access to riflemen and a medic kit. Go ahead and exclusively give them the combat engineers too to push it more towards its secondary role of building, rather than it just being the FOB hunting kit. I've even played around a little with the idea of making FOB building solely a command squad thing in order to push squads just a hair towards using vehicles for transport rather than everyone making their own personal FOB's. FOB spamming is a bit more limited when its only a single guy that can do it rather than a whole team. 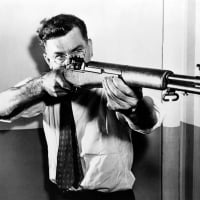 I tried the CO role for the first time yesterday, and found it was rather difficult to use. Some issues may be lack of familiarity (so maybe more intuitive UI?), others seem like they warrant larger changes:

1: I cannot easily see where every member of a given squad is. This means that I cannot figure out which squad would be the appropriate one to ask to secure a flank, or has a suitable number of people in a position to assault something. I would like some way select an entire squad to quickly see where all the squad members are.

2: I couldn't figure out how to give a squad a move/attack/defend marker directly, like I can with fireteam leaders in my own squad. I was limited to the circle-and-arrow thing which lacks a lot of the meaning that I wanted to convey. Something more like an objective mark for each squad would work better IMO - the team has flags as shared objectives, each squad could have their own additional CO-provided objective.

3: The map markers were difficult to find. I know there is an enemy front-line marker but couldn't find it during the round. Would make more sense to have either all CO-only markers in a CO-only menu area, or all markers in the same area with some only visible to the CO. The inconsistency in where the markers are found was really confusing.

4: Map markers seem quite limited. There is northing to mark out different sectors/AOs for different groups of squads (to try to avoid the human-wave-style mass of people all running over the same hill or using the same alleyway to reach a flag), maybe platoon or company boundary lines for that to help squads coordinate between themselves? Maybe also some field-of-fire and ranging markers for friendly and enemy static points? Maybe a set of arbitrarily-shaped region markers (bezier spline ring, let me set/insert/remove/move the control points) - friendly/enemy/unknown varieties - this could even just be a closed form of a unit boundary line? 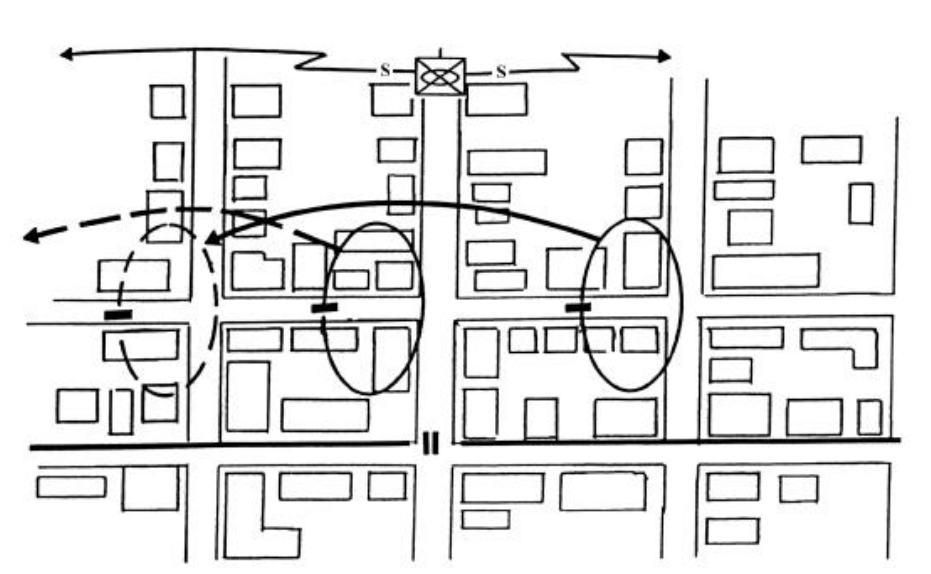 Note the company and battalion boundary markers here, having things like that on the map could make it easier for squads to coordinate.

5: (a bit more minor) The front-line marker is not intuitive to use, picking the centre point and then an end is not a normal way of drawing a line. Clicking on each end is more intuitive. Would also help to be able to move existing lines as the front moves, and use multiple connected segments (or splines) to better fit the terrain.

6: My first impression is that the workload seems too high; I don't really see how I could simultaneously make use of the UAV, coordinate an offensive/defensive action, arrange for new strategic FOs, and send support (either infantry, armour, or indirect fire) to key places in a timely manner. This isn't including any squad-leading stuff at all. It seems like the CO would be better as a dedicated role with a dedicated person manning the UAV - and no squad to control directly.

7: There doesn't appear to be much strategic thought needed for the indirect fire stuff, you just use it when available or you don't. Would be more interesting to be able to use an arty strike (pick one or N patterns) and an airstrike (pick one of N payloads) at the same time, but with the restriction that you must wait longer in order to do so. Then you either use single strikes when available, or save up for a bigger strike. Or, be able to wait a while and then use multiple strikes with a much smaller delay between them.

Since the Squad v3.0 update there is a infinite generator/ocean noise playing in the menu background, which is really annoying if you are waiting in the server queue, while being tabbed out of the game. There should be a checkbox that allows to disable the background noise. There is a sound regulator that lowers sound when being tabbed out, but if i do that I can't hear/notice when I'm on the server. So that isn't a good solution for me.

Make it so that you can sit on the technique.

Re: Make it so that you can sit on the technique.

Pretty sure squad used to have external seats too.

Why are they gone?

Experiencing relentless BSOD when launching Squad. I am not overclocking, I have attempted to verify game files, have tried uninstalling and reinstalling EAC, tried repairing EAC, tried launching as administrator. I am about to uninstall and reinstall the game in hopes of a fix. Issue is not occuring with any other games even with ones more demanding on my system. Re: BSOD on launch

I've played squad for years and this is the first I've had this issue. Reinstalling yielded no results, I've also updated drivers.

Simple suggestion here is to remove the ability to take HAT kits on layers that don't have tanks. Or alternatively, reduce the HEAVY AT multiplier for these lighter vehicles.

HATs as we know them now (aka exlcuding the Alpha 11 AT4) came from Alpha 14 as a response to Alpha 12s introduction of tanks.

While HATs being good at killing tanks is a good thing, when you have maps like Narva which feature many of their layers being filled with lighter vehicles and no tanks in sight, the existence of HAT becomes questionable.

A HAT against something like a BTR, Styrker or BMP can single handily destroy the vehicle by themselves. No coordination needed when a single person's kit is a dedicated "I win" button. Factor in the shadows making spotting horrendous and vehicles exactly become horrendous to play.

If HATs got this change, destroying vehicles is less about point and click, and more about flanking, disabling and destroying - and that whole process being easier in a group.

add selecting of IED to set off.

simple request to add the ability to select which IED to set off. pull out phone then like adjusting range of a rifle have button combo select which IED 1- max allowable amount you want to detonate from list in phone. maybe even have a multi dialing option aka party line.

I would like to suggest that a alternative engineer kit be made available. the creation of this second kit would make it possible expand the capabilities of the engineer while still allowing balance.

2.alternative kit-2c4 but no landmines.